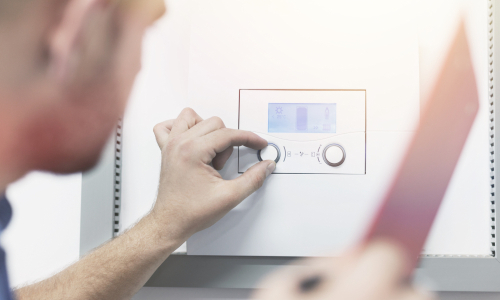 Here’s why propane is better for the planet, and your home.

This April 22 will be the 50th annual Earth Day.

The first Earth Day, in 1970, was during a turning point for how we thought of our environment and the dangers we were facing.

In the previous year, there had been two ecological disasters that woke many people up: the Santa Barbara oil spill, where close to 100,000 barrels of crude oil spilled into the Santa Barbara channel, and the Cuyahoga River in Cleveland catching on fire thanks to a combination of an oil slick and decades of pollution.

Much progress has been made since then. But we still face challenges when it comes to protecting our planet, especially from the ongoing threat of climate change.

We want to do our part, but often don’t know how. One way you can help is by using propane fuel in your home!

Propane is named as an alternative fuel in both the 1990 update to the Clean Air Act and the 1992 National Energy Policy.

There are reasons propane has earned these designations. When you compare propane with electricity, you’ll see why using propane in your home is the way to go.

Propane reduces your carbon footprint. Propane combustion produces less than half of the greenhouse gas emissions made by electricity to produce the same amount of energy. Propane also contains less carbon than other fossil fuels like heating oil, gasoline, diesel, kerosene and ethanol.

Propane gives you better energy efficiency. Propane-powered appliances are usually more efficient, and sometimes much more efficient, than similar electric appliances. For example, a propane tankless water heater can save you up to 50% on energy costs compared with a similar water heater that’s powered by electricity. A propane clothes dryer saves energy first by getting laundry dryer 25% faster than electric dryers, but also produce fewer wrinkles so you don’t have to plug in the iron as often!

Propane is safer. Propane is nontoxic. In the rare event of a propane tank leak, it does not spill, pool or leave a residue but instead dissipates into the air. That means it won’t harm the air, water, soil, plant life or aquatic life if there is a leak.

Contact us to learn more about our array of propane services. Whenever you need propane delivered to your home, you can rely on Advanced Propane to always be there for you.

We have ongoing specials on Propane Tankless Water Heaters you should check out, too!

Attention customers: There is an online bill pay website that exists called Doxo.com. While it appears to be affiliated with Advanced Propane, it is not. To make sure you’re paying your Advanced Propane invoices directly, see Payment Options, or set up an account through our Web Portal and pay online. For any questions, please call our office directly. Thank you!